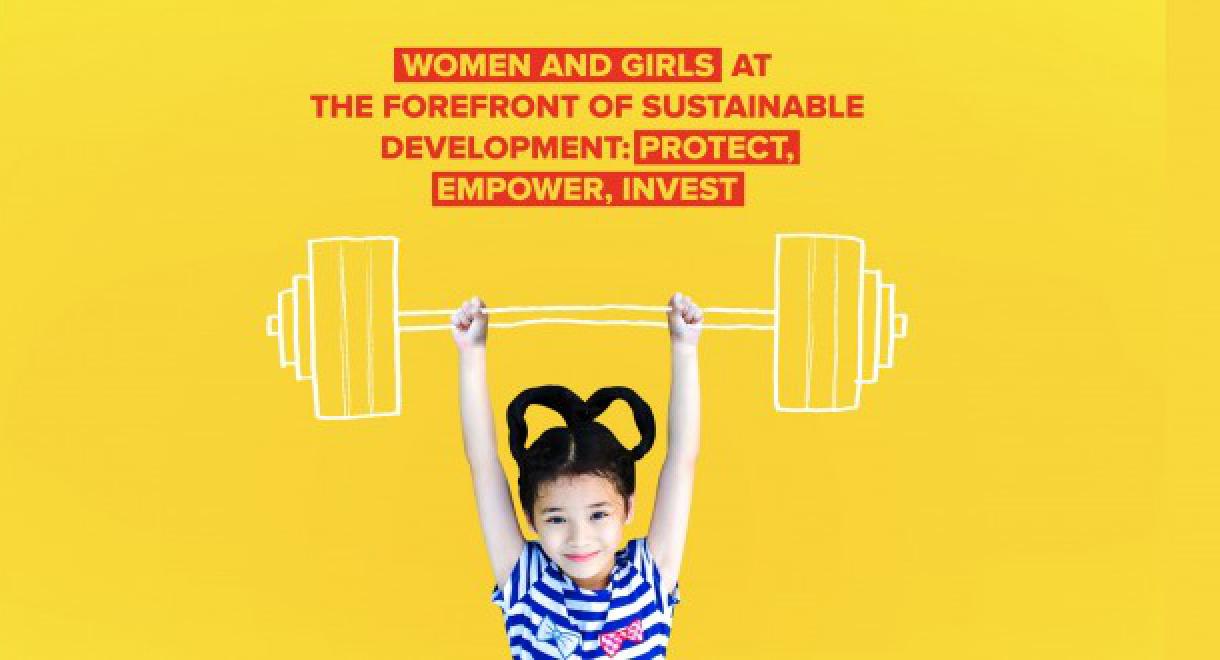 This year’s event focused on topics of sustainable development with a special emphasis on gender- the rights and opportunities for women and girls.  The hashtags #SheisWe and #SheDDs marked the event and trended on Twitter.

The president of Malta, Marie-Louise Coleriro Preca spoke in the opening ceremony of the fact that in recent decades the gender gap has actually increased. Gender parity has shifted into reverse since measurements begun by the World Economic Forum. She urged that action needs to be taken to change this trend.

In the panel on Empowering Women in Sustainable Investment and Business through the EIP, Rebecca Holmes said that as women are more socially and economically vulnerable then social protection policies targeting women should take into consideration local causes, such as social protection labour division, etc.

Betsy Nelson mentioned that women are the most loyal customers of banks. However, often do not go into entrepreneurship, and when they do then they have smaller businesses. Also, women have trouble receiving loans, as their applications are evaluated more harshly.

The EIP (EU External Investment Plan) has stepped in to help in these cases to provide funding for women entrepreneurs.

The panel on Gender, Corruption and SDG 16 discussed the issues Transparency International have faced in Azerbaijan, Morocco and Rwanda. Rana Safaraliyeva from Azeirbaijan made an interesting point that although, education and legislation is often viewed as the solution for gender inequality, in Azeirbaijan the women are highly educated, have a literacy over 90% and have legal rights. However, in the local culture they are have a domestic role and due to this often face difficulties in rural areas when tackling issues such as divorce or property rights.

The panellists from Morocco and Rwanda shared their success stories of bringing issues related to gender corruption (“sextortion”) to the public light and advocating for the changes in policy, as well as creating public campaigns to raise awareness.

Day 2 saw an interesting debate on the topic of Religion and gender. Nontando Hadebe from African Women Theologians pointed out that women have no agency in religion as the narrative excludes them.

Rev. Ken Kitani pointed out that East Asian and spiritual religions are often matrilineal meaning this is more of an issue in the Abrahamic religions.

Rumee Ahmed pointed out there is always the greater issue of patriarchy. Unfortunately women work with the patriarchy. He finds patriarchy the most irrational system which sustains inequality in all fields, including religion. As slavery adopted with time and now looks different, the patriarchy will also adapt by acquiring new language of gender equality. However, in times of crisis it will revert back to the traditional interpretations, which doesn’t always interpret the scripture correctly.

Christo Greyling brought out there is a need to integrate faith leaders in policy and civil society discussions as they have great power. He also finds that faith leaders should take a stance in situations where human rights are not provided, such as healthcare, human trafficking, etc.

In the panel on Agriculture and rural development Grace Kata Banda spoke of the need for industrialization in Africa in the agricultural sector as there are simply no tools to properly process agricultural goods.

A question from the audience to Yong Li (who was advocating industrialization), pointed out that in Africa there is a greater need for small-scale affordable industrial parks. Also, for market places for the goods produced.

Another question from the audience pointed out there is a lot of data missing to make informed judgements. Food insecurity is growing in areas where aid-programmes are implemented, e.g North Nigeria.

Commissioner Phil Hogan the key factors to which to focus in Africa: skills and education, agribusiness, quality standards, digital transformation, and research & innovation. He saw that integration will be the future of Africa, as well as helping people help themselves.

See more about the event via our Twitter @EFMC_EUROPE